The Cateran Yomp will be held next month and a couple of sections of the trail had been identified by Bob Ellis as requiring attention so this week BRAN organised the first of two working groups that would be required to fix the issues.

Equipped with strimmer, loppers, bow saws and spades, seven volunteers assembled at Woodhill across the river from Ballintuim on Friday the 12th. Working west along the Cateran Trail for several hundred meters the group cut back side and overhead growth and undertook ditching work, improving flow in existing ditches and cutting a new cross ditch. Stones were also laid across the path in a couple of poorly drained places.

BRAN would like to express its thanks to James Donald who cut the path from West Gormack Farm to the old bothy during the week. 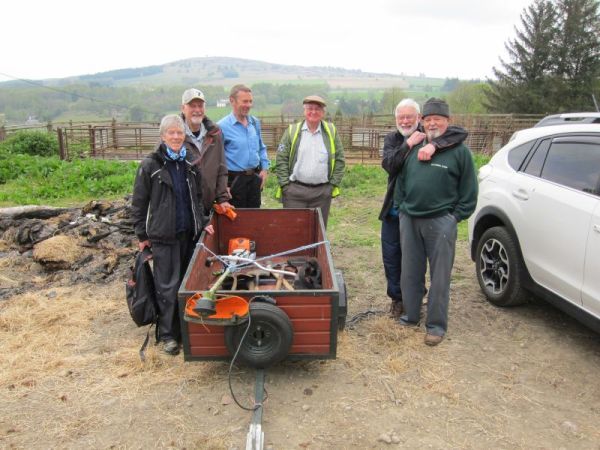