Nine volunteers met in fine crisp weather on Saturday morning, 24th February. Their work consisted of cutting back intrusive broom growth in the main plus brambles and other growth that threatened to reduce path widths. 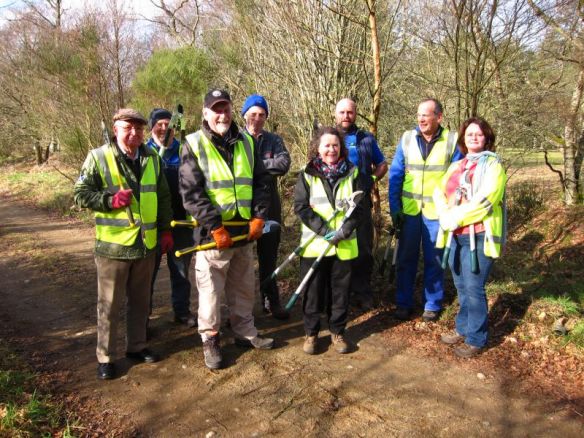 Areas covered included the track to the immediate south of the Blairgowrie Golf Club that skirts the north side of Meikleour Wood to the east of the A93, then on into the woodland. The group split to cover most of the tracks around the Hare Myre, one of our hidden local gems. Several swans were enjoying a slide on the frozen water including a couple that made a spectacular landing.

Having completed the necessary work on that side of the main road the party made for the west side where there was more broom and bramble growth to cut back through the plantation and towards Pleahillock. Here they found a partly collapsed beech tree that had toppled across the path, the landowner had helpfully cleared a way through but more work is required.