Another good turnout to complete the work started on the previous Saturday. Again the party split into three, the first group of three carried out a litter pick from Tesco along the road verges and paths towards the industrial park. A total of nine bags were filled and the tally also included a supermarket trolley. Thanks to Helen and David Stanghon and Hannah Williams for their efforts.

This work is only necessary because a minority in our community chooses to discard its rubbish into the environment. Apart from being illegal it also detracts from the appearance of our town.

The second group started work on the River Ericht Path under the Rosemount Farm caravan park and worked towards the third group who were completing the cutting back (lopping & bow saw) work started from the Millhorn end of the path. The two groups met in the middle section having completed the work, the photograph was taken below the Wester Parkhead Farm.

BRAN would like to thank the managers at the Rosemount Farm for their prompt reaction after being informed of the trees felled by beavers and reported last week. We are pleased to report that the path is now entirely free of obstructions.

Now, with more equipment, BRAN will be able to maintain the entire path along the river banks and ensure that walkers will be able to enjoy this scenic route at all times of the year.

BRAN always welcomes offers of help and anyone interested in joining the group should contact the Secretary, Ian Richards. Ian_richards2007@yahoo.com, mobile 07787 317022. 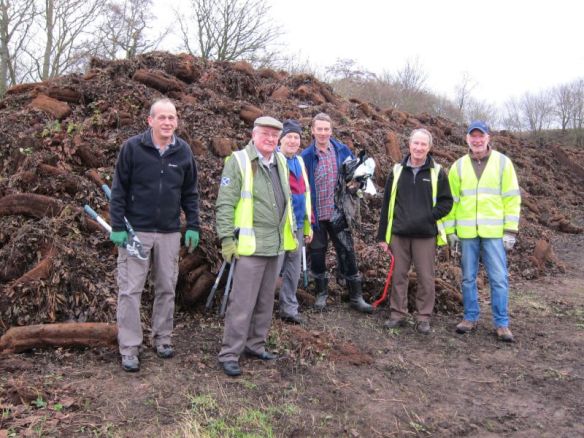